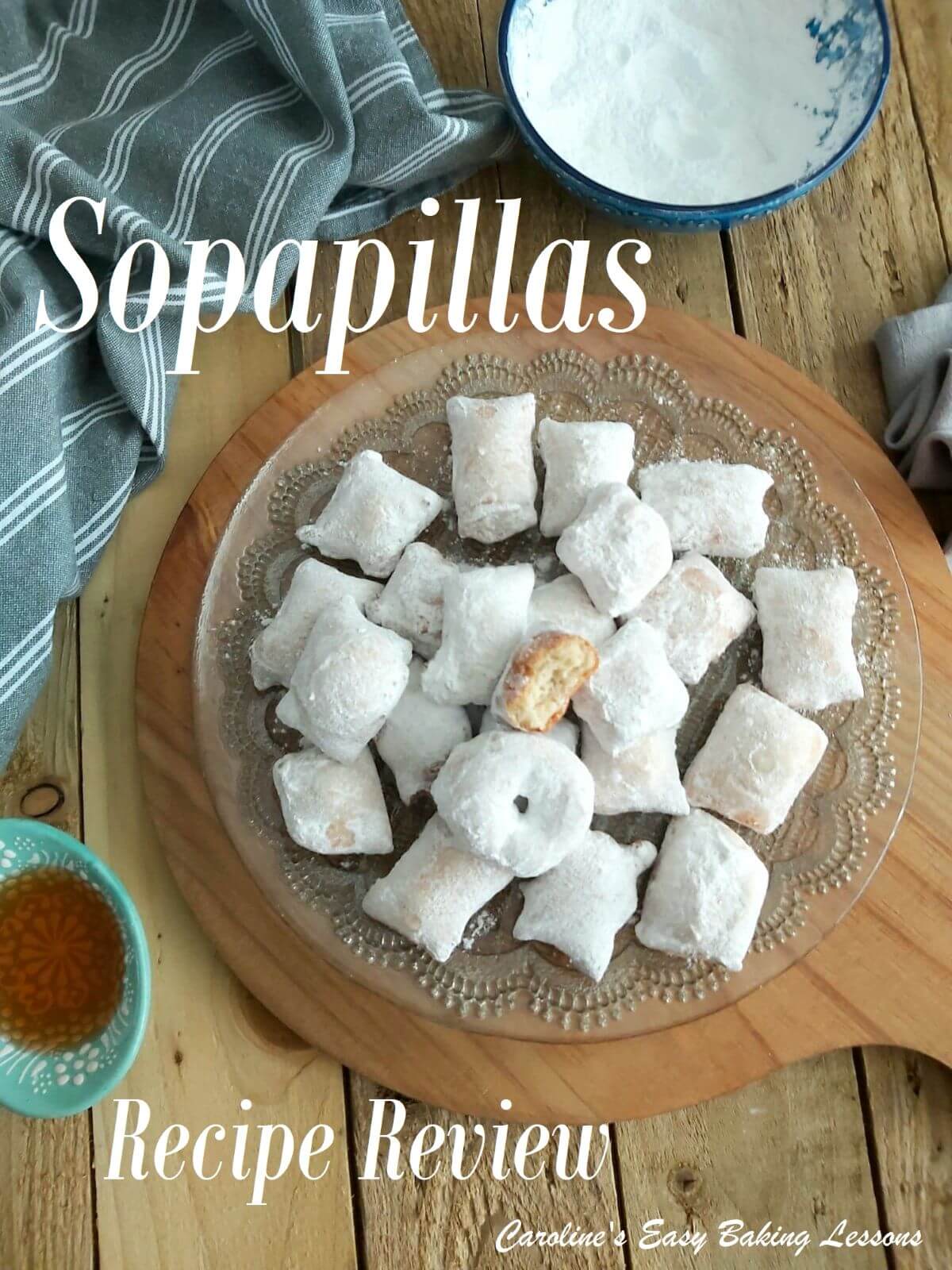 In pursuit of finding a suitable recipe for upcoming Cinco de Mayo, I reached out to my American friend Jolaine. Day of The Dead is sometimes heard in US tv programs we see here in the UK, but Cinco de Mayo is unheard of by the most part. So in order to have the website even more culturally diverse, I was keen to have at least one suitable recipe for that day, on the new version of the website.

If you want to read more about Cinco de Mayo & some amazing recipes, read my friend Sally’s recipes at Bewitching Kitchen.

Jolaine suggested something called Sopapillas and sent me two links. By the one on Allrecipes, I couldn’t even work out what it was, so tried the second link. This was a version of the recipe by Ali @ Gimme Some Oven. Her instructions, and pics of the food, looked lovely.

How To Say Sopapillas

She also gave some information on the Sopapillas, as well as very importantly for me at least, how to pronounce them 🙂 So it’s pronounced ‘soh-pah-pee-yahs‘. She also provides a quick little video on how to prepare them. Here’s a direct link to her recipe and video – go to Sopapillas recipe from Gimme Some Oven.

What Are Sopapillas Made From?

This recipe for sopapillas only uses flour, salt, shortening/butter/coconut oil and warm water.

How To Make The Sopapillas

The process of making these little pockets of dough, is to mix together just flour, salt, only 2 tbsp of shortening, butter or coconut oil ( I used vegetable shortening)and warm water to form a dough, which you knead a little till smooth.

It was a small amount of dough and regular readers will know, I can’t knead long by hand, couldn’t be bothered getting out my heavy Kenwood mixer (knick-named Kenan), so only kneaded for maybe one minute. Since we weren’t making something with a great amount of volume or yeast, I didn’t think it would matter too much, as only 2 minutes of hand kneading was recommended.

So in the end I got a ruler out and gently marked lines to see what size looked nice for 2 bites and how many I would get. I made them about 1.5″ (4cm) wide and got 24 with a little off-cuts.

While cutting out the Sopapillas, I had the oil heating. I was going to use a wide non-stick pan to get more than the recommended 3 cooked at a time. But we were instructed to fill the pan with 1.5 – 2″ (4 -5cm) oil, so I would have had to use an awful lot of oil for that. And cooking not too many at the same time, also helps to maintain the oil temperature.

Talking of which, the temperature was to be 375f (190c) but in the end I had to lower a bit for them not to colour on the outside too quickly. You submerge 3 of the dough squares in the oil for about 30 -60 seconds till golden, before turning over for a quick finish of the opposite side. I was using a slotted wide spoon for this and sometimes they didn’t want to turn, but I think it was some of the ones that were going to have nice air pockets in them.

Once the Sopapillas are golden, they are shaken of oil and placed on kitchen paper/paper towels. I let them sit a little while the next 3 went in to cook, and then once the 2nd batch were out, I tried dipping the first ones in some icing/powdered sugar. Leaving them too long and they don’t want to take on as much of the sugar. So best done when warm/hot.

So it really didn’t take me long to cook these, and I did in 8 batches, taking only a little over a minute each one.

We are recommended to eat warm, so one was tried at the beginning of taking the shots of this review. My son came at the right time and helped himself, and dipped in the honey. They were very nice. Basically like a quicker doughnut. Talking of which, with a little off cut of the dough, I made a mini doughnut shaped one 🙂

How Did They Taste?

Everyone liked them a lot and they went fast. They definitely taste much better when still a little warm (but then a lot of bakes do). They look like they will be hard and crispy when you make them, but they have a nice soft texture inside and out and are very easy to eat!

The coating in sugar was nice and want to try cinnamon sugar next time. I plan on making a few times and also to see if I can oven bake at all and if a savoury version is possible (my husband would love that).

Would I Make Again?

So yes, definitely making them again and working on them. I think it’s a great recipe from cupboard staples, and relatively healthy with the only naughty bits being the sugar and the oil it’s cooked in.

Reviewing The Recipe – My Thoughts

So how was the recipe itself? The recipe was thorough and detailed, and included a video so no ambiguity and brilliant for beginner bakers.

The only things to note are the discrepancy in sizing of cutting out the dough as mentioned above, and lack of UK measurements etc. And one other thing to note is my dough was too sticky with not all the water added and I added some more flour. That said, different flour, different ways and places it’s milled, determines varying amounts of liquid that the flour will absorb. For that reason no recipe can be exact with how much liquid to add. So just a point to note when forming the dough.

Ali does mention that it’s her take on Sopapillas and like restaurants would serve. Experts on authentic Spanish food can let me know if it’s authentic or what the differences might be.

But that all said, I loved the information on the Sopapillas, and give this recipe an overall rating of 8.5/10. So on the high end of my scoring and one I definitely recommend trying 🙂

Here’s just a few conversions for our UK readers, or even if you just like using a digital scale for accurcy:

Why not also join my Facebook group – Easy Online Baking Lessons, dedicated to this baking lessons website, as well as providing one-on-one support with myself & my team? Be sure to answer all security questions when requesting to join. Click to join the group.